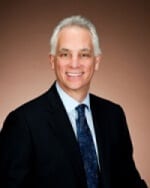 Tim Kosnoff is a former deputy prosecutor and longtime trial lawyer.  In the past 16 years, Tim Kosnoff has represented more than 1,000 victims of childhood sex abuse. He has secured over $250 million in settlements and judgments for abuse survivors in cases against the Boy Scouts of America, several Roman Catholic dioceses, the Church of Jesus Christ of Latter-Day Saints, the Salvation Army, the Jesuits and other religious orders. Kosnoff is frequently interviewed as a legal expert on TV and in the news.  He was recently featured in a Los Angeles Times-Canadian Broadcasting Corp. investigation into sex abuse in scouting. One of Kosnoff’s landmark cases was recently profiled in the book “The Sins of Brother Curtis,” by Lisa Davis (Simon & Schuster).

We’re frequently asked: Why do your attorneys have so much experience in this area of law?

Very few lawyers have had the opportunity to litigate the kinds of cases in the volume that the Kosnoff Law Firm has handled and is currently handling.

Our experience stretches back many years. That’s because the Washington state Legislature passed the child-sexual-abuse “discovery” statute in 1989. It was the first state in the country to pass a special child sexual abuse statute of limitations.

It provided that a victim of child sexual abuse could bring a civil action based upon child sexual abuse within three years of the victim a) recalling the abuse; or b) discovering his or her emotional and psychological damages; or discovering the causal link between the childhood abuse and the injuries incurred.

The effect of this law was to give sexual-abuse victims, who were past the personal injury statute of limitations (age 21), to bring suit. This allowed thousands of victims abused in Washington state to hire an attorney and sue their abusers and their institutional enablers.

By contrast, most statutes of limitation in other states have barred these claims.

The attorneys at Kosnoff Law have been successful trial lawyers collectively for nearly 40 years. They have the experience and resources to take on virtually any opponent. Because they handled so many large-scale lawsuits, they frequently appear on television and in the news. They often use the opportunities afforded by media coverage to shine a light on sexual predators and their protectors, while publicizing the terrible societal and individual costs that childhood sexual abuse has on survivors.

Initial consultations are free and confidential. Please call Tim Kosnoff at 425-830-8201 or toll-free 855-529-4272 from anywhere in the United States with any questions or concerns. Our contact page contains a form through which you can email Mr. Kosnoff.